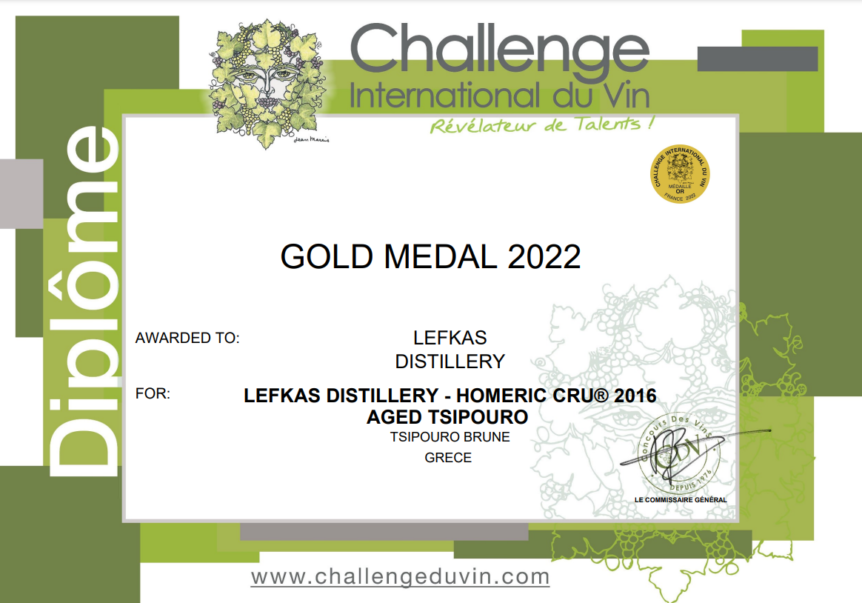 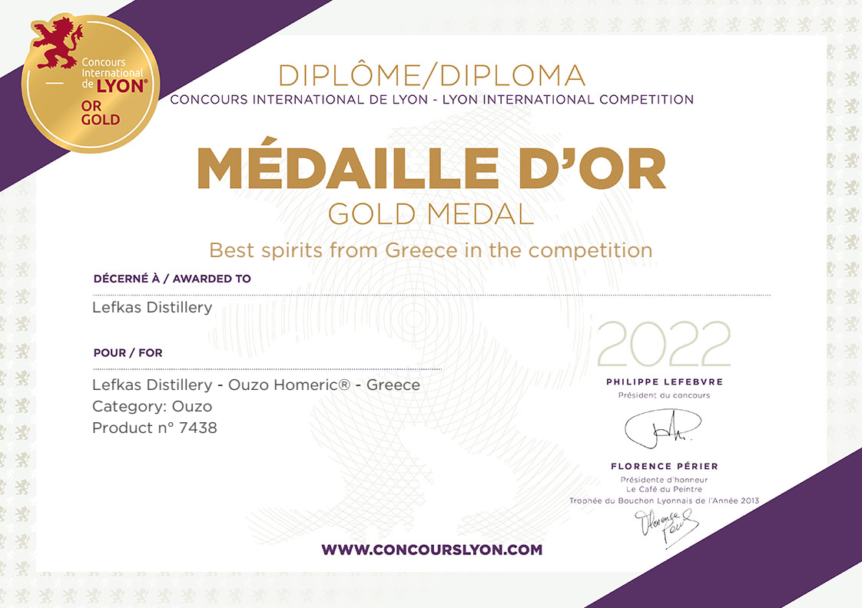 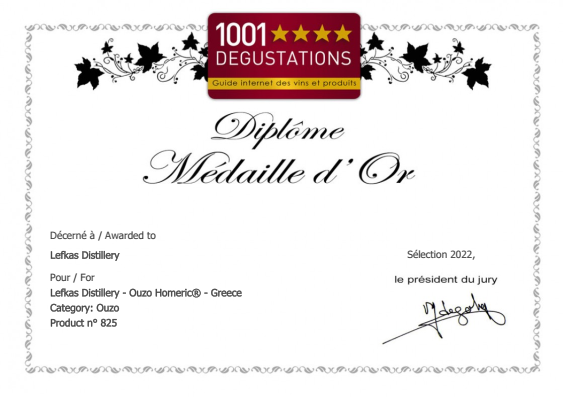 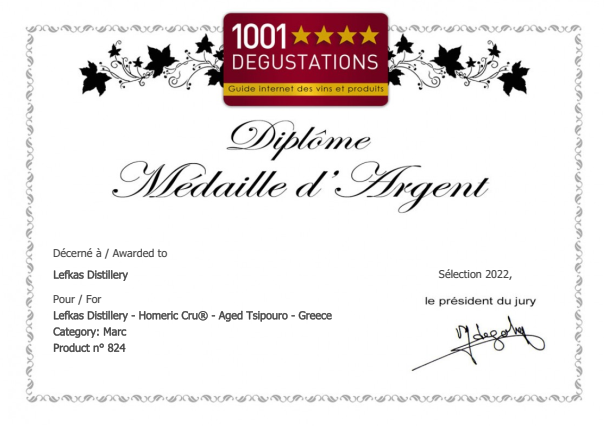 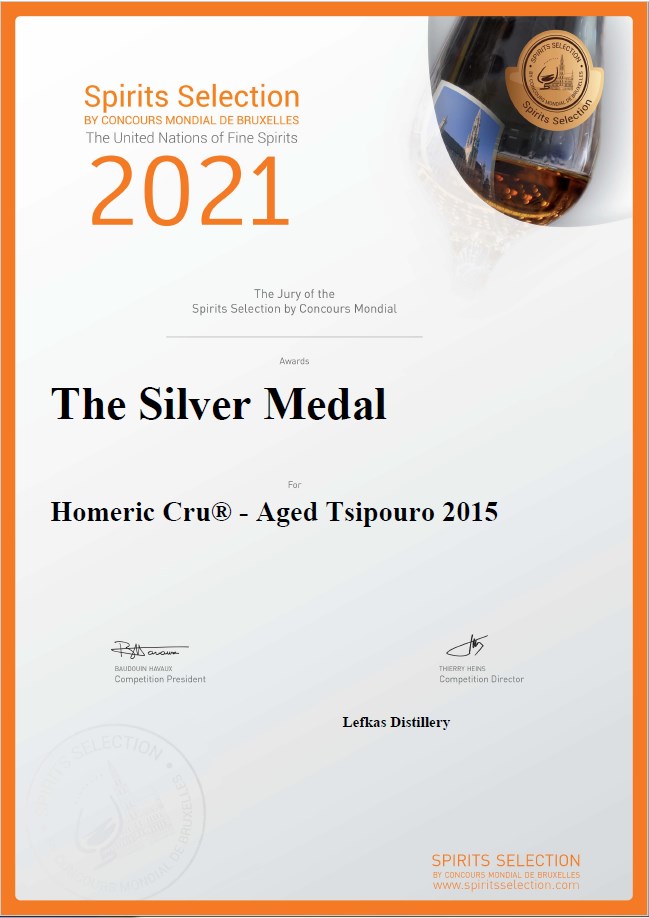 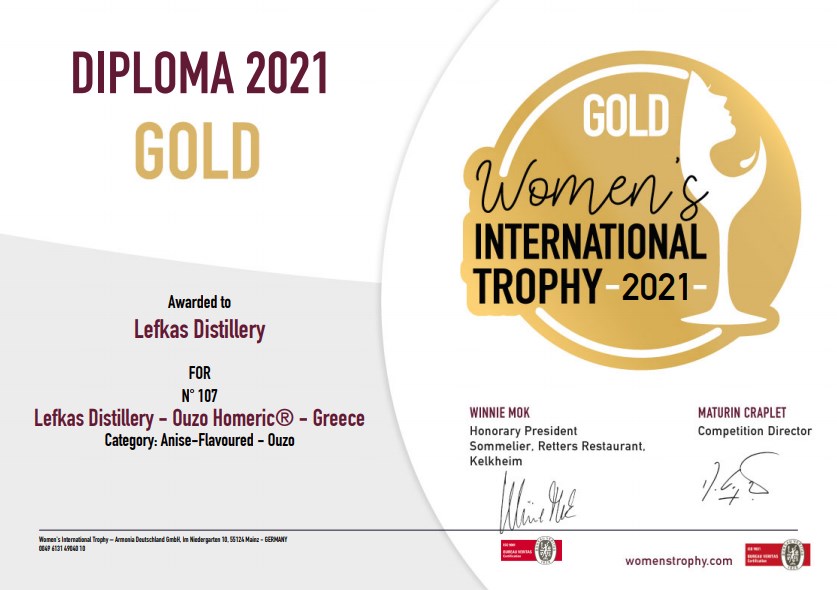 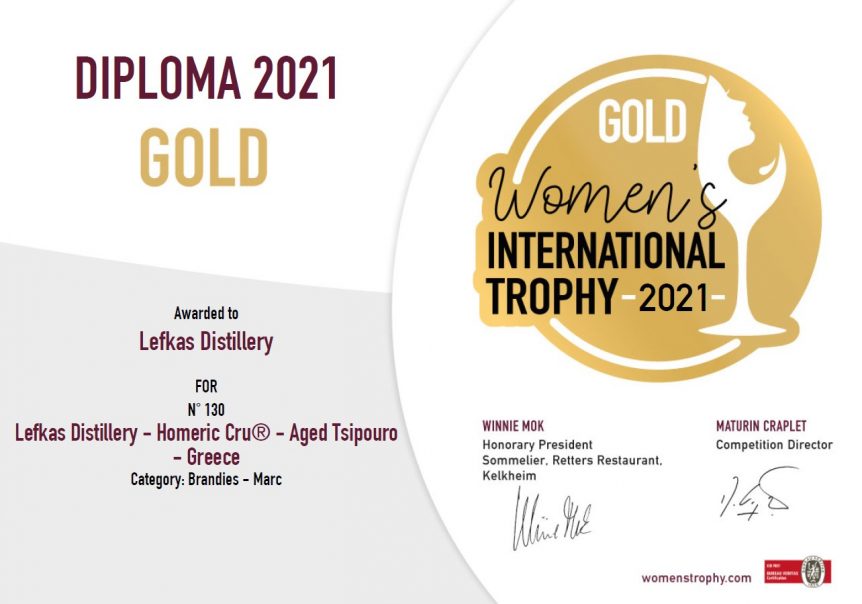 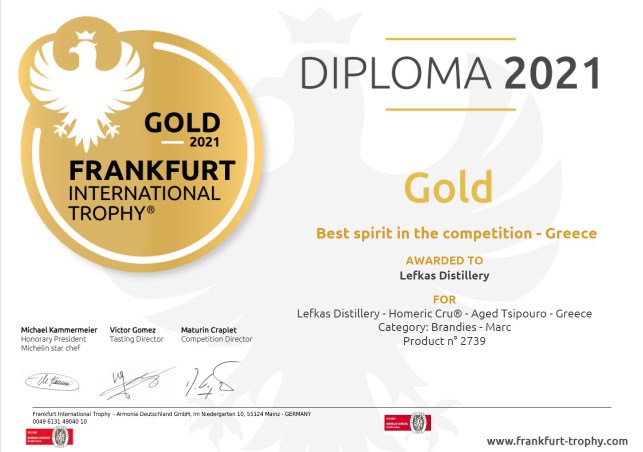 Homeric Cru is a premium hand crafted aromatic aged grape marc spirit, emanating from the finest Greek grape varieties produced in our boutique distillery on the Ionian Island of Lefkada.

Its unique flavor is a reflection of the cellar master’s passion and attention to detail. It has been nurtured in harmony, distilled drop by drop, very slowly in a copper discontinuous alembic, at low temperature, and aged in French and American oak.

We select the purest “heart” of the distillation process, by cutting large amounts of “heads” and “tails”, in our discontinuous copper pot alembic(still).

Discontinuous Distillation Method: Not to be confused with continuous industrialised distillation, which produces lower quality distillates, due to mass production, higher temperatures and shorter distillation periods.

At Lefkas Distillery & Winery, we use the discontinuous distillation method, collecting the “heart” drop by drop, for many hours at low temperature/ atmospheric pressure. As a result, our artisan and premium process delivers an end product that has more character and taste.

Hence, unlike other industrialised distilleries, that have on average a 3 hour turn-over which is automatically controlled electronically, our process takes on average 12 hours per distillation and requires the Master Distiller’s attention during the whole process.

Head: This is the first part of the distilled liquid, which contains unpleasant substances/ odours. Removal is necessary until the “heart” run begins.

Heart: This is the middle/ best part of the distillation process, which is full of aromatic substances and the largest amount of ethyl alcohol.

Tail: This is the last part of the process, removal is necessary, in order to discard methyl alcohol and fusel oils/ other unwanted substances.

Raw Material: Grape marc (Tsipoura), must be as pure as possible and not oxidized, hence, the skins of the grapes shouldn’t be stored, for large time intervals, until distillation begins. Furthermore, we select the finest aromatic grape varieties, in order to produce an excellent grape distillate.